I originally wasn’t planning on purchasing any of the Aloha Rilakkuma series (mainly because the Zodiac order took a chunk out of my Rilakkuma budget), but I definitely want to order the new Lawson Aloha Rilakkuma plushie!

Check out these great details! 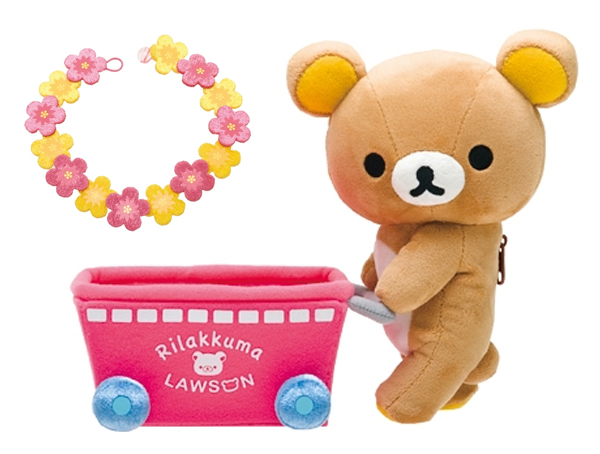 Rilakkuma comes with removable lei! The shopping cart is attached though. He looks pretty sassy haha

Looks like Kiiroitori’s holding the money! Korilakkuma’s brought along her penguin and… her very own Aloha Rilakkuma plushie?

Lawson shopping bag, and a Kiiroitori shaped bottle of honey!

One of my favorite details: Rilakkuma cookies and coffee!

This super cute set will be released in late June (the 20th) – though pre-orders will be taken from now to April 15. I am looking forward to this release very much!

In other news, I’m presenting at ECAASU this weekend! Been hard at work preparing slides and speeches, so I may be MIA for bit. It’s been really fun preparing for this presentation because half of it is about Rilakkuma/San-X hahaha – the best kind of work!

They’ll only be sold at a special birthday event at the Tokyo Station Rilakkuma Store this February. 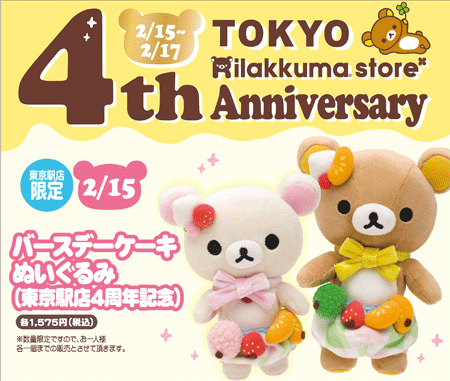 They look so snug and yummy!

I want a pair of Rilakkuma-shaped sunglasses too!

Wah, so many new releases!

Can’t decide if I’ll order any of these for sure since San-X releases these new series faster than my wallet grows, but we’ll see!

So San-X announced the Rilakkuma Hawaii Series a few weeks back, which is set to be released in February 2013. 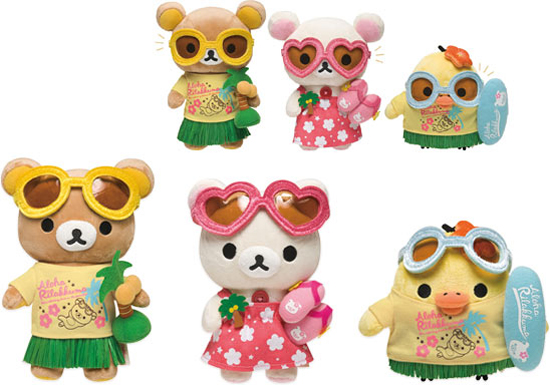 Ready for the beach!

Because it was announced before I even started this blog (!), I wasn’t originally planning on making a post about them until their official release, but San-X just announced that they’ve teamed up with H.I.S., a Japanese travel agency, to offer a special Rilakkuma-themed Hawaiian vacation! You get a Rilakkuma travel tote filled with gifts, and the room is fitted with Rilakkuma plushies everywhere! 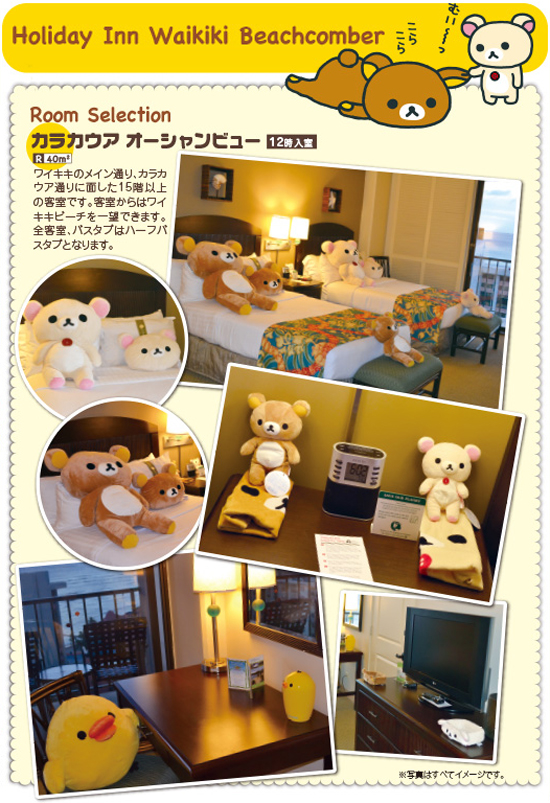