Hello! I’m more than halfway through my Japan trip and I finally have time to sit and blog for a bit about what’s happened so far!

Thank you everyone for your well wishes – we arrived safe and sound at Tokyo!

Anyway, for the first two nights, we were in Tokyo, just minutes away from Tokyo Station!

We were kind of in a hurry to get to dinner rather late at night, so we didn’t get to shop but! we did get to check out the Tokyo Station Rilakkuma Store! Ariel already made a post on this store recently, but it’s really quite incredible to see a Rilakkuma Store in person! 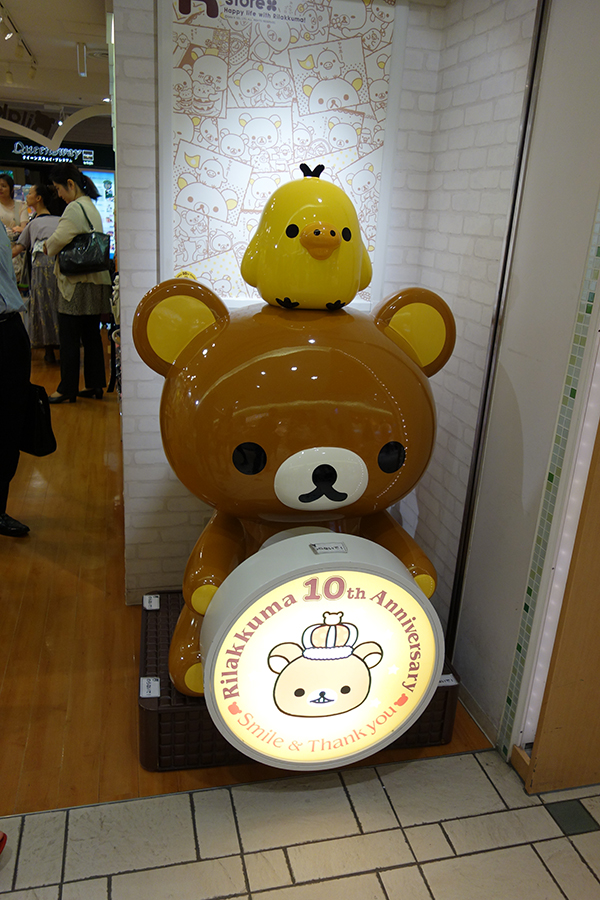 Will shop here for real soon!

We’re going back to the Tokyo Station area for a day before we leave Japan, so I will be sure to shop there for real next time!

The next day, we went to the Tokyo Skytree Rilakkuma Store! 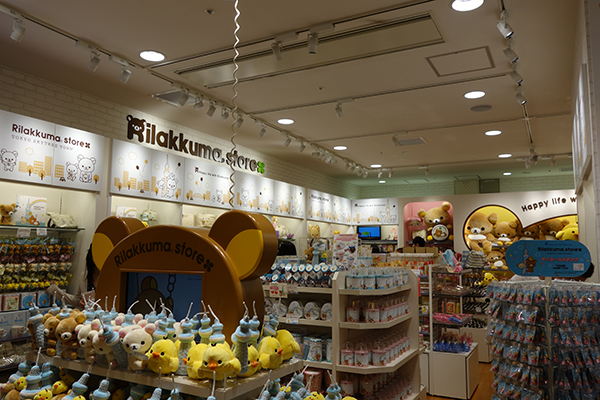 I got one of those Skytree plushies with all three of the Rilakkuma crew! 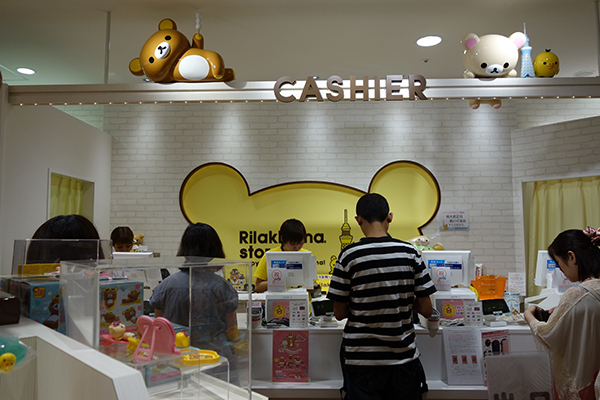 Paying the Rilakkuma Store workers’ salaries in one fell swoop.

This was the first time we got to spend a great deal of time at the Rilakkuma Store. They had a bunch of Skytree specials (though the Tokyo Station one also sold a few Skytree plushies), and I feel like I circled the store over 20 times analyzing everything before paying and leaving.

I’ll post close-ups of what I bought at a later post (they’re all stowed away in luggage right now booo), but here’s the list of the Skytree haul:

The small 22cm watermelon anniversary plushies were sold out, but there was no shortage of the XL version – I wonder why?

Strangely enough, there were even Halloween 2012 Kiiroitoris still in stock?? Hmmm…

Whew! Then the next day, we ran over to the Harajuku Rilakkuma Store!

It’s the Rilakkuma half of the floor! I love how the entrances to each Rilakkuma store is slightly different. 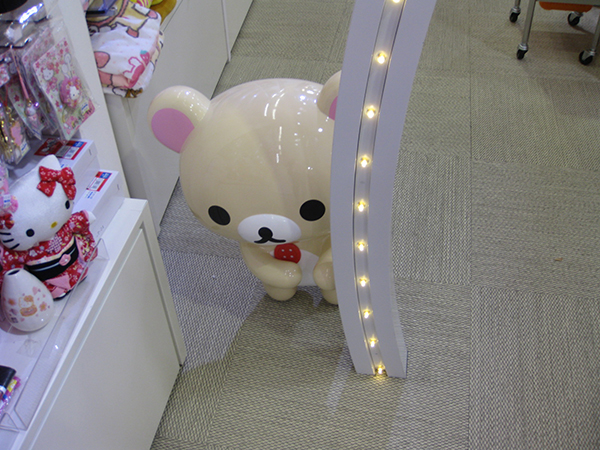 Look who’s hiding on the side!!

Here at Kiddyland, half of the fourth floor is devoted to Rilakkuma! Even the bathroom is painted with a Rilakkuma theme haha

The plushie haul from Harajuku:

They’re gearing up for their anniversary on the 29th – so sad I’ll miss it!!

Finally, on our way out of Osaka, we stopped by the Umeda Rilakkuma Store!

Even more plushies to be bought here!

I didn’t even know what the Holiday collab was, or what Holiday even is but I snagged one anyway since I was already there. Turns out it’s some clothing brand haha, so cute!!

There was also a healthy stock of Rilakkuma apparel that the other branches I visited didn’t have, so my family stocked up on some Rilakkuma shorts haha.

Whew! That’s 4 out of 8 Rilakkuma Stores! I know during the next trip, I’ll have to stop by the Fukuoka, Sapporo, Sendai, and Kichijoji branches!!

I’ll have to write more when I finally get the time to photograph each of them, but that’s all for now!!

All’s quiet on the Rilakkuma front until the Wonderland release, I’m guessing!

12 thoughts on “The Tale of Four Rilakkuma Stores!”