It’s been just about a year since I first visited  Japan, and I miss seeing Rilakkuma at every corner!

To commemorate, take a look at this Marunouchi Rilakkuma! 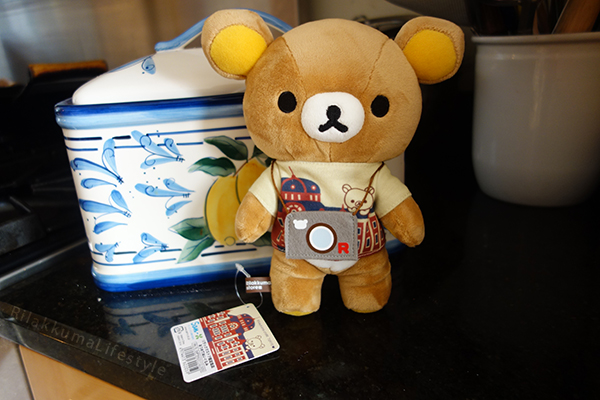 What a dapper bear!

Equipped with a fancy camera, and ready to shoot!

Shirt design behind the camera – see the resemblance to the Marunouchi gate at Tokyo Station? 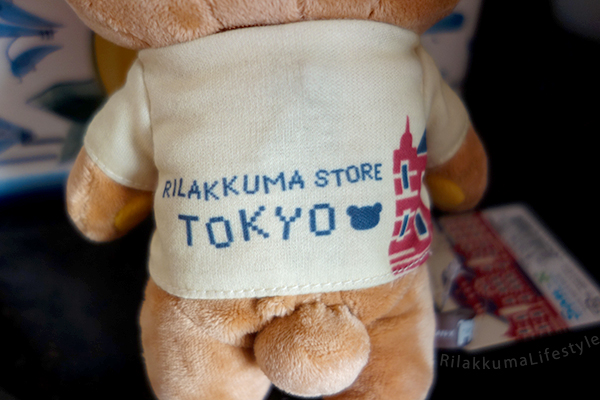 And a lovely shoutout to the Tokyo Station Rilakkuma Store at the back of the shirt!

Tag art with the same design as the t-shirt!

This plushie has a beautiful depiction of the Marunouchi gate of Tokyo Station, just a hop, skip, and a jump away from the Tokyo Station Rilakkuma Store! Ariel from Rilakkuma Desu has a great photo of her Marunouchi Rilakkuma in front of the gate – super cute, be sure to check it out!

Tokyo’s commercial and financial district, Marunouchi (丸の内) means “inside the circle”, which refers to its location inside the outer moat of the Tokyo Imperial Palace. A very logical name, I think.

In other news, I’m gonna start working on making a comprehensive collection page for the Rilakkuma plushies I’ve had the honor of featuring on this blog! I’m gonna spend some time really thinking about how I want to organize them all, but welcome to suggestions, too! I was thinking about ordering them by release date, but it’s still up in the air.

Happy father’s day to all the fathers out there! <3

My dad has been super supportive of my Rilakkuma collection, and I’m so thankful! I am super happy to know that he wears his Rilakkuma shorts with pride :D Collecting Rilakkuma is so fun with the support of your family!