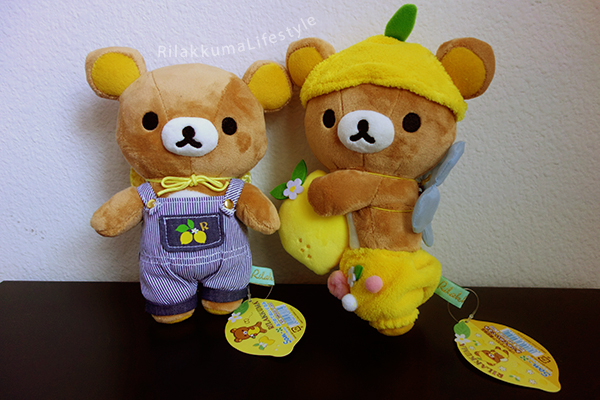 When life gives you lemons…

Beautiful blue seersucker coveralls with a lemon detail and monogram!

And a wonderful straw hat to protect himself from the sun!

The lemon here is super soft (and comically flat), and his shorts feature a few lovely lemon blossoms!

A fluffy yellow lemon cap with a cute leaf detail!

And some dainty gossamer wings for the lemon bee Rilakkuma!

Some lovely lemon-shaped tags! I think the art for these is excellent! 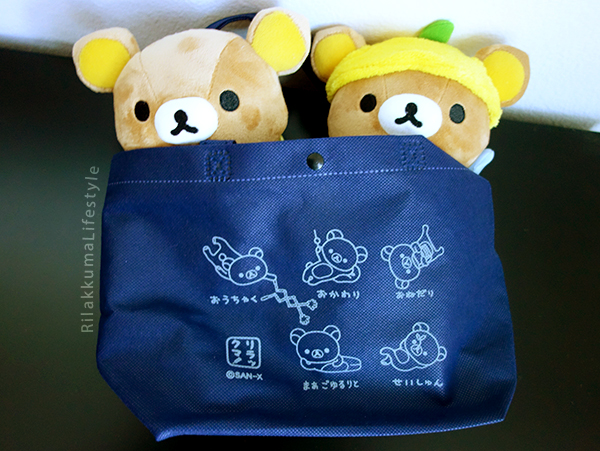 And since I placed my order through the San-X Net Shop, I was surprised by this amazing blue Rilakkuma tote bag that they included with my purchase – yay!

Eeeeee they are so cute together!! Their look is so fresh and I love the amount of detail in their outfits! I think both of their designs are an especially creative take on the lemon theme, and I am so happy that these two have joined Bear Country!

In other news, my wonderful Aunt Lulu just got back from a trip to Fukuoka, and was able to acquire these cute Rilakkuma plushes! 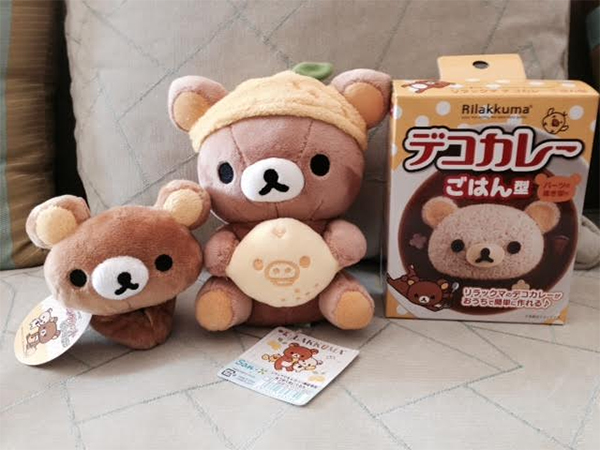 And look who came just in time to join the 2 other lemon Rilakkumas featured today! It’s Lemon Series Rilakkuma – Caravan Edition! Oooh and a cute mini Rilakkuma and mold set to make my own Rilakkuma rice meals :)

Wow! I’m so excited to see these bears!! They are still in the Philippines, but I will post detail photos when I see them in person!

And finally, a quick shout out to an awesome new design coming out in October: Kichijoji Rilakkuma Store 5th Anniversary Rilakkuma!

A snake-wrangling Korilakkuma, a sheriff badge-wearing Rilakkuma, and a lasso-toting Kiiroitori to celebrate the Kichijoji Rilakkuma Store’s 5th Anniversary! 1680円 each.

Wow! Super cute, and “American West” themed! As a xerophyte fan, I was hoping San-X would integrate cacti into one of the designs bahahaha, but I’m happy with the little cartoon cacti in the illustration lol.

I think as an American, I’m obligated to get these haha, so I think I’ll go for the Rilakkuma and Korilakkuma hehe.

It’s funny how the cowboy wild west imagery has persisted for so long – I remember when I was in the Philippines for July 4 one year, we went to a buffet that was US Independence Day themed for the night, and all the waitstaff were wearing cowboy hats and boots! Though I think the connection between cowboys and Independence Day is kind of a reach hahaha, it was actually a really lovely meal that featured chili con carne and apple pie lmao so it was really fun and oddly comforting to see what things represented the US abroad.

How do y’all feel when you see your home country represented when you travel abroad?

Anyways, in real life news, I’m still working my butt off in internal medicine, but I get a lot of independence and responsibility now, so I’m really starting to feel like a doctor! I’ve got 3 more weeks of internal medicine inpatient work, then I’m off to do outpatient work! Just when I get settled doing one thing, I always have to switch gears haha, but I suppose that’s how 3rd year medical school goes. Until next time, take care!