Though we finally broke a long dry spell with our first rain here in St. Augustine this week, it is getting hotter and hotter here! 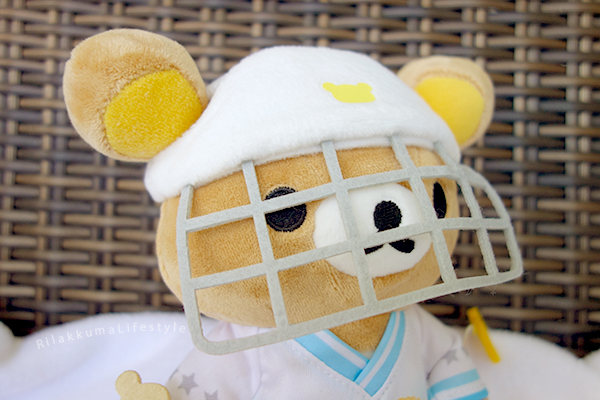 His white helmet features a yellow Rilakkuma emblem, and soft grey cage to protect his face!

The cage also conveniently flips up when you want to see his handsome face!

One of my favorite details: an adorable bright yellow, bear-shaped hockey puck attached by string to the end of his hockey stick! 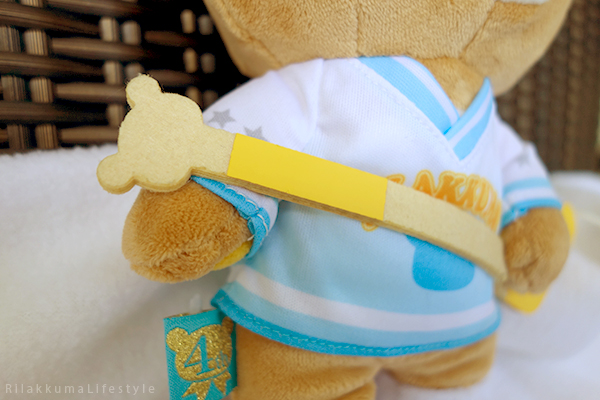 On the other end of his hock stick, a nice bear detail. His white and blue jersey features a blue bear emblem with “Rilakkuma” in the front and center, with three grey stars on each sleeve. 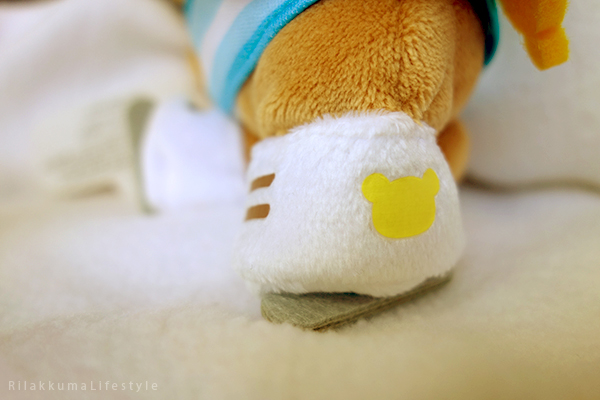 Continuing the sports anniversary trend for this cycle, Sendai celebrated their 4th anniversary in November 2016 with this athletic hockey Rilakkuma!

Did you know that ice hockey is one of the oldest professional sports in Japan? And ice hockey is a popular sport in Sendai, making it a very appropriate choice to celebrate the Sendai Rilakkuma Store’s 4th birthday!

I love the way this plush is constructed, from the flip-up cage down to his plush skates—absolutely adorable! I’ve never played hockey, but this Rilakkuma certainly makes me want to! Or at least just skate around a little bit indoors while the sun slowly roasts Florida.

Enormous thanks to my Aunt Lulu for helping me get this sporty Rilakkuma! I hope he still has the chance to play hockey here in sunny Florida haha.

Do people still do #FollowFriday / #FF? I’m notoriously really spotty with my Instagram/social media usage, but these are a few photos I’ve saved that I’ve been really inspired by!

So beautiful! I really enjoy seeing everyone’s unique Rilakkuma aesthetics as I scroll through the #rilakkuma and #リラックマ tags, and these photos always get me motivated to capture more Rilakkuma photos!

Be sure to check out the Rilakkuma Lifestyle Instagram for fun snapshots of my Rilakkuma plush ;)

Personally, I love shooting concepts of Rilakkuma with objects like what he is wearing, like this Burger Rilakkuma with a burger which I took back in 2015 hehehe.

Of course, I always have so much fun bringing Rilakkuma out with me to do errands, and I always bring Rilakkuma with me when I travel!

Do you bring your Rilakkuma plush out in public? If so, where do you like to bring them?