I was originally planning on doing individual plushie posts later, but I couldn’t wait to share this one!

The top cracker he’s holding up says 鹿せん (shika-sen), which is the cracker used to feed deer; the bottom cracker 奈良 (Nara), the region he represents!

This plushie was produced by HNA with a Rilakkuma license!

Basically, each prefecture in Japan has its own special Rilakkuma based on the what’s special for that particular city.

In Nara, there are a TON of deer, so Nara Rilakkuma is appropriately wearing deer antlers and holding up a rice cracker called shika-senbei – you can buy them to feed the deer.

I think it’s really fitting because it seems like deer paradise in Nara. According to legend, one of the gods (Takenomikazuchi-no-mikoto) appeared on a mountain riding a deer, and since then, deer have been considered messengers of the gods in Shinto! Back then, killing a deer was a crime punishable by death! 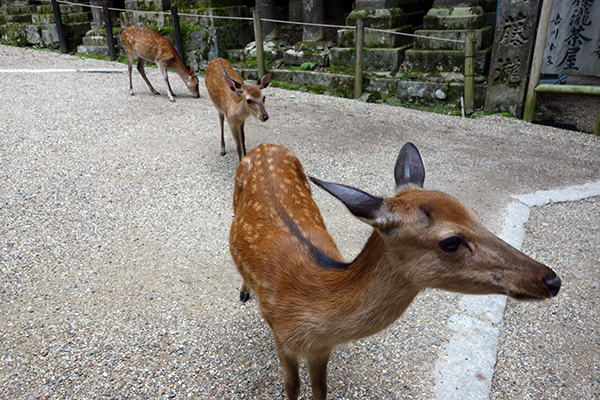 One photo really does not do them justice – there are really deer everywhere! 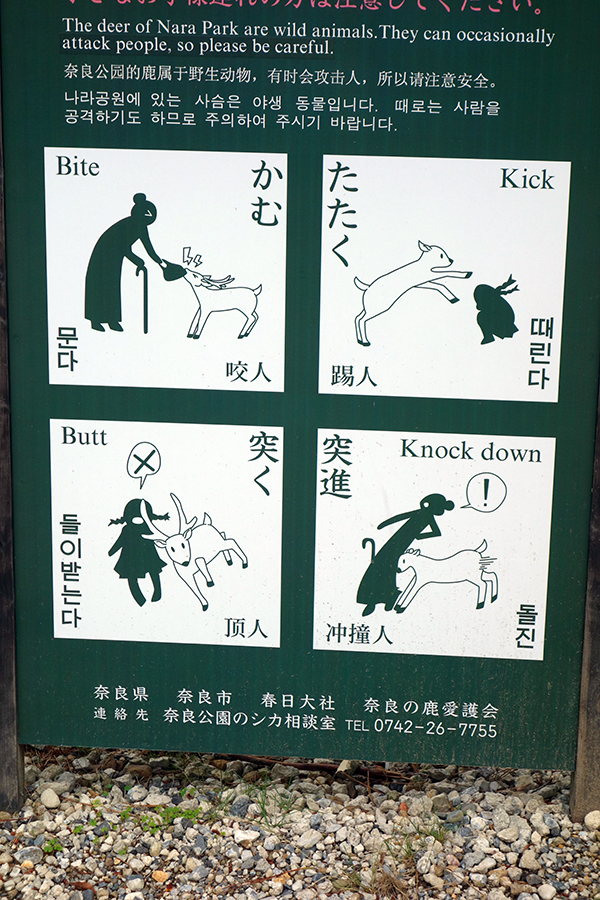 Sometimes people get way too friendly with the deer though…

In any case, I was super excited to run across this Rilakkuma plushie! Wish I could’ve found more – the HNA website lists 59 different Rilakkuma designs in just the Kansai region alone! They seem pretty difficult to find though; we only ran into this one at a small souvenir shop by chance as we were leaving Tōdai-ji.

Speaking of deer… I hear that the newest Rilakkuma series leak is a deer Rilakkuma?? 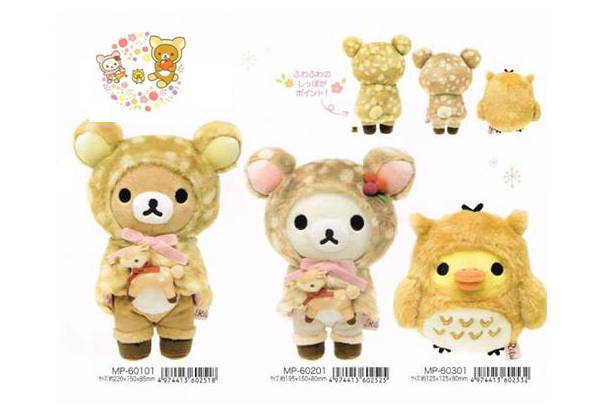 Thanks for the tip, Kumadokidoki and Mary!

Wow, how fitting! Seeing this design after a deer-filled day in Nara is pretty silly hahaha