Everyone needs a little good luck in their lives, so here’s 福 (Fú) Rilakkuma! 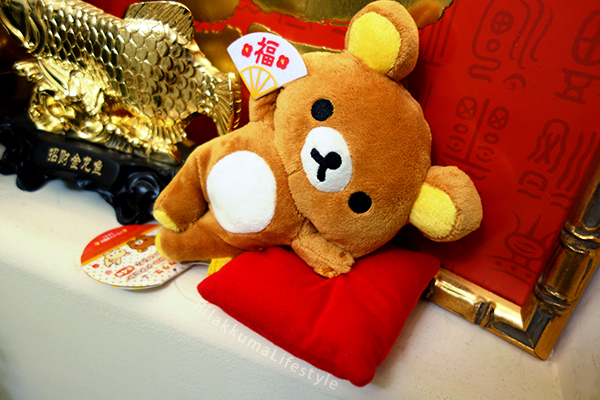 You’ve got to ask yourself one question: “Do I feel lucky?” Well, do ya, punk? 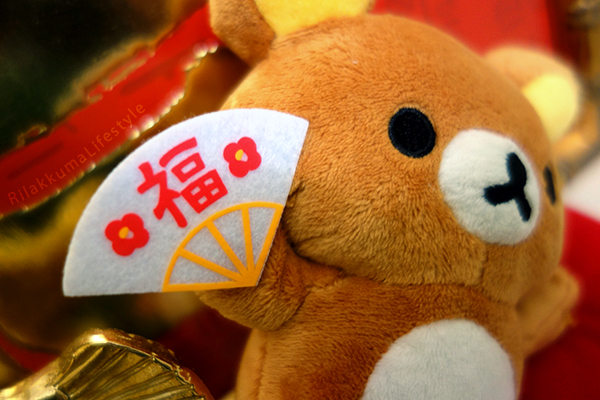 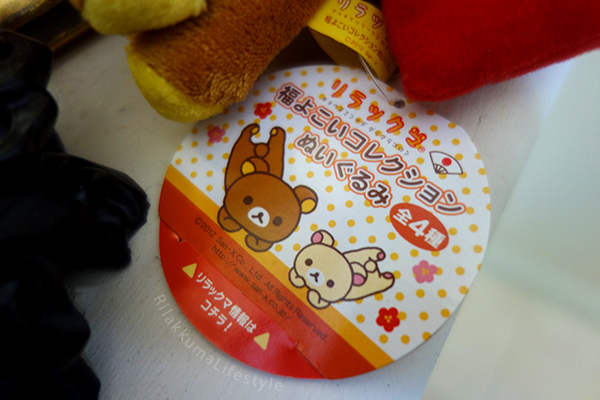 A pair of lucky bears on the tag!

This lucky bear was such a huge help during my finals week! I really needed all the good luck for my exams haha. I really love his pose and composition – so harmonious and balanced!

He was released as part of a whole line of auspicious plushies in the Fansclub 福 (fú) series in November 2012! 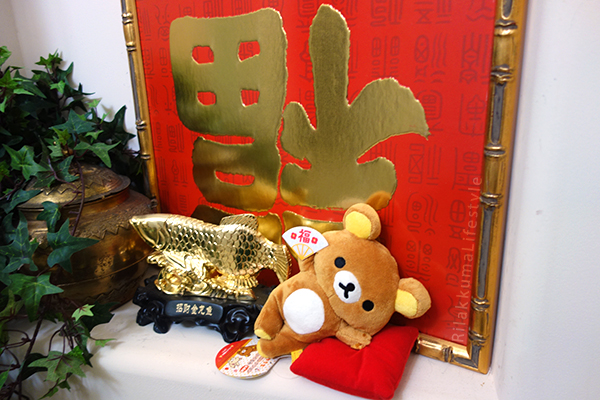 Fu Rilakkuma by the display in front of my parents’ house!

Can’t properly put this bear upside-down haha but he’s such a great and colorful addition to the collection!!

Huge thanks to reader Trinie for this super prosperous bear! He’s such a lovely addition, and I’m so overjoyed that he will be bringing our household good luck and prosperity for years to come!

In other news, Simon took up a different venture in Rilakkuma art, and constructed this Rilakkuma pineapple suit! 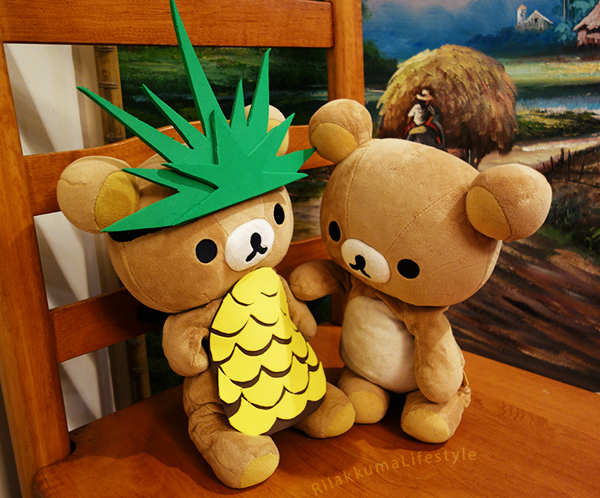 My sister and I’s first Rilakkumas!

As you may recall, this year marks my first Rilakkuma plushie’s 2nd birthday! To commemorate the bear nation’s 2nd year in existence, Simon decided to honor its oldest member with a pineapple costume haha.

Looks like a pretty regal pineapple – especially with the green leaves looking like a crown! As the oldest Rilakkuma plushie in the collection, this bear is kind of the de facto leader so the theme is rather fitting, I think!