No Rilakkuma plushies in this update, but check out the new Rilakkumarket line to be released in February!

Hey, with the shopping cart, it looks a little like the Lawson x Aloha Rilakkuma collab plushie!

Pretty cool! I love how innovative this line is, and I really hope to see these actual Rilakkuma food/drink products on the market someday! I would definitely love to sip a bottle of Rilakkuma cola by the pool hahaha

A little known fact about this blog is that my most popular post is the one on Sumikko Gurashi/Tonkatsu that I made over a year ago! I know this isn’t a Sumikko Gurashi blog, but I do think it’s a great San-X series!

Sumikko Gurashi has a new line where the characters are taking a walk wearing some new stylish gear also coming out in February, check it out!

I think my favorite is Nisetsumuri and the backpack around its (fake) shell haha. Is Penguin reading a book on… pickles? 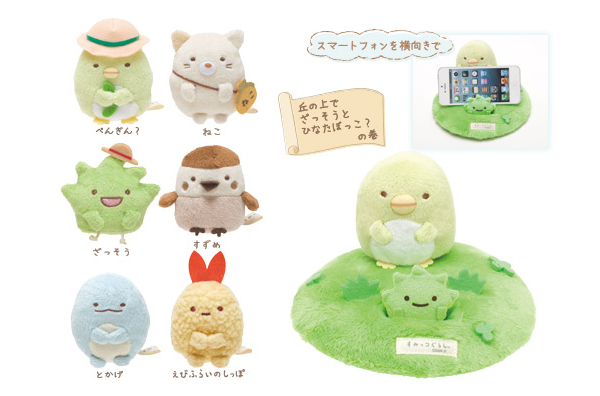 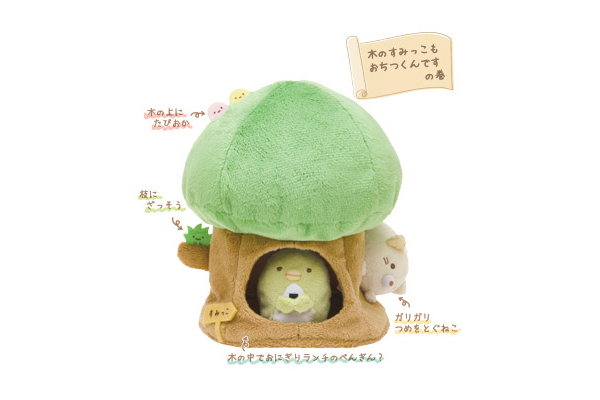 A Sumikko Gurashi playset! Spot the Tapioca in the tree!

I haven’t been following Sumikko Gurashi that closely since I made that first post over a year ago, but there are a few characters I haven’t seen before!

Adorable! Looks like a really Penguin-centric release haha. It’s so interesting to see how much longevity Sumikko Gurashi’s had with San-X – I love that this line’s been developed because I know a lot of the newer character lines tend to stagnate. Glad to see Sumikko Gurashi’s success progress – they’re even the featured background on the main San-X page right now for the new year!

Well in other news, I’ve just finished my first week of school in 2014, and it went by without a hitch! Hopefully the rest of the year will be just like this too!