I mentioned earlier that I wanted to see what Rilakkuma would look like in a masterpiece, so tonight’s Lifestyle photo features the first of Rilakkuma in a work of art – Michelangelo’s The Creation of Adam, on the ceiling of the Sistine Chapel. I don’t know if I’ll make a habit of inserting Rilakkuma into famous artwork, but it is certainly fun and silly. “Uncensored” after the jump. 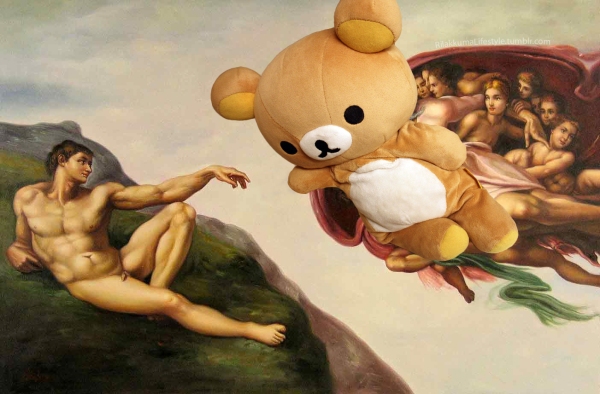 It probably wouldn’t be a huge deal if I posted the uncensored version on tumblr since it’s a pretty well-known masterpiece, but better to be safe, I suppose.