Keeping with the donut theme, I did a little research to see what other times Rilakkuma has been seen with donuts over the years.

Rilakkuma is certainly no stranger to donuts – back in 2007, Rilakkuma was seen stuck in a giant sprinkle donut as part of the Rilakkuma Cafe Series. Afterwards, San-X later had to release instructions on how to get Rilakkuma out of the donut so that you could use the donut like a cushion like the advertisement described. 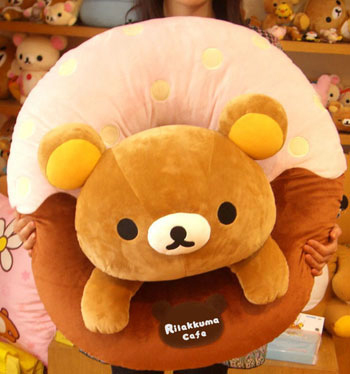 Rilakkuma could just eat his way out, if he wanted to.

Side and back views

After that, San-X must’ve thought to consolidate those ideas together, because they released a donut-shaped Rilakkuma cushion in April 2012! 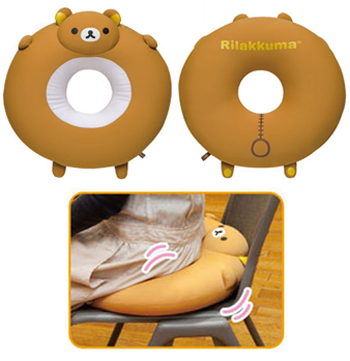 That should conclude Rilakkuma’s donut history for now! We’ll see if Rilakkuma partners up with donuts again (hopefully he’ll come to the US, too)!