Next up from the Zodiac Series: Gemini Rilakkuma!

Gemini (♊) is represented by the twins Castor and Pollux. In Classical mythology, Castor (the mortal brother) is killed, and Pollux (the immortal brother) chooses to let Castor share some of his immortality, and for this, they alternate between Olympus and Hades.

For this series, Gemini is represented by Rilakkuma holding two twin Korilakkumas! 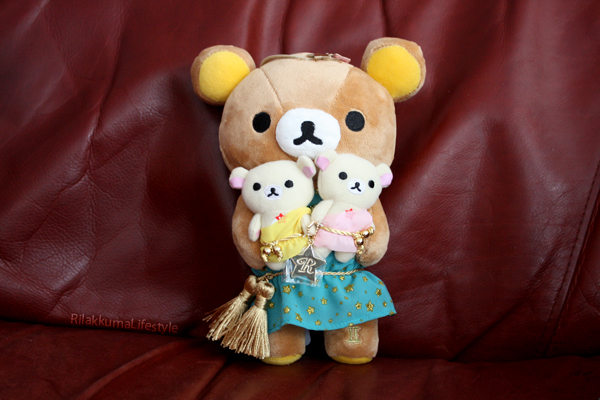 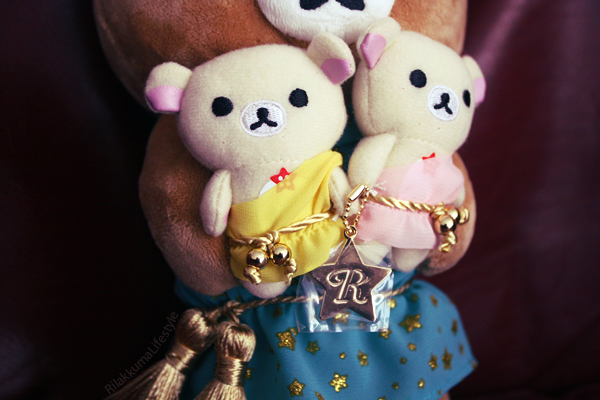 The detailing is so beautiful – the Korilakkumas have their signature red button, and full outfits! 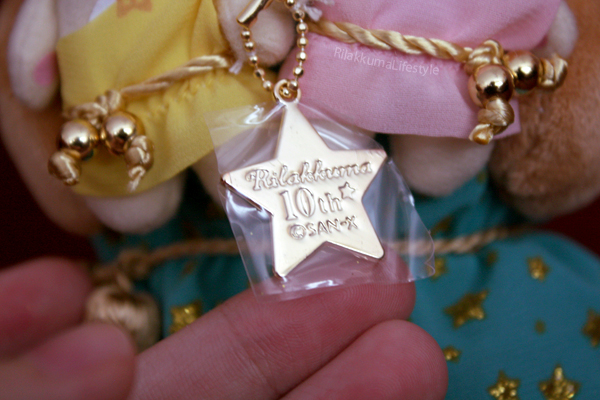 The back of the “R” star charm (present on every member of this Zodiac series) has a tribute to Rilakkuma’s 10th anniversary!

So many beautiful details! I love how golden and sparkly this series is – these Rilakkumas are so regal and angelic!

This plushie is kinda special because his embroidered gold star is on his right shoulder in the back instead of on his paw like the others. Also, he’s kind of like 3 plushies in one!