I’m so proud to have this plushie in my collection! It’s the Year of the Horse 2014 Rilakkuma Store Exclusive Plushie! 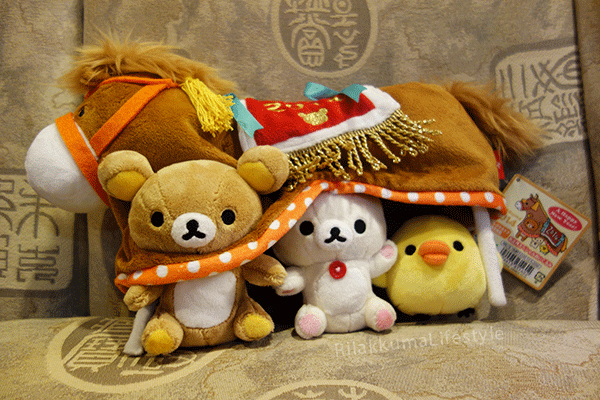 Back of the saddle says “Rilakkuma” while the front says “2014”! 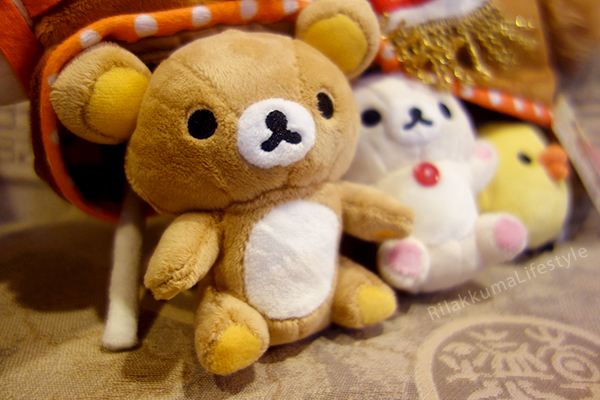 Rilakkuma can be removed from the hole, too!

Horse face! Though its snout kinda looks like a face in itself. 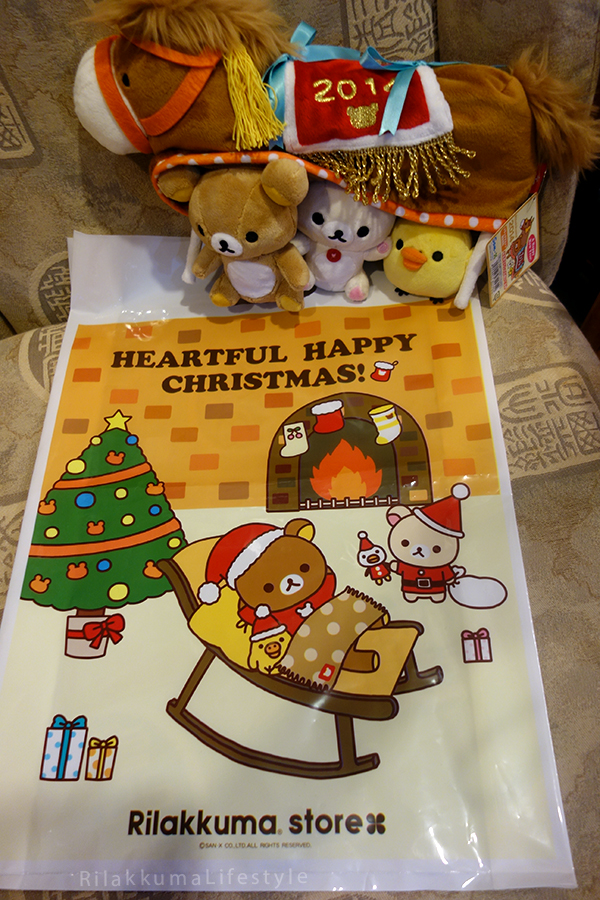 Haha a little belated, but this is the Rilakkuma Store bag – Heartful Happy Christmas! So beautiful and detailed! I love the bear ornaments :)

This plushie is the Rilakkuma Store Exclusive plushie for the Year of the Horse 2014 Series, and was released December 7th, 2013.

As I mentioned before, I was born in the year of the horse, so this plushie is extra special to me! They were so perfect to have on display during my family’s new year celebration :) What’s wonderful too is that they get another special celebration later this month for lunar new year, too!

Wow, I can’t believe another year has passed already! So many wonderful Rilakkuma-related things have happened in the past year, from visiting Japan (and a real Rilakkuma Store!) for the first time, to attaining my dream Rilakkuma plushie, 2013 was a rollercoaster of great Rilakkuma things!

Here’s to another year living a Rilakkuma Lifestyle!

6 thoughts on “Year of the Horse 2014 Rilakkuma Store Exclusive Plushie!”