Say hello to this Which Color Do You Like? Rilakkuma!

In this series, you can pick and flip between two colors – it’s like 2 outfits in 1! 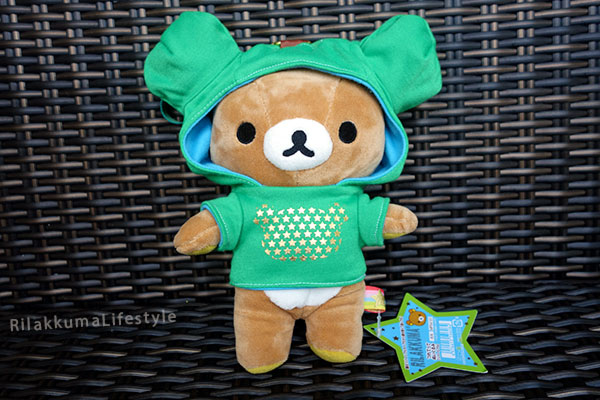 Are you green with envy? 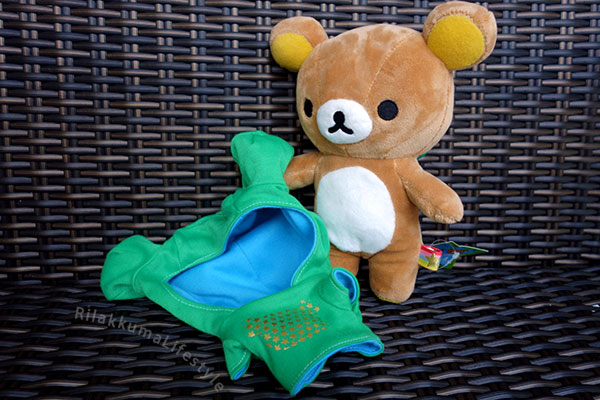 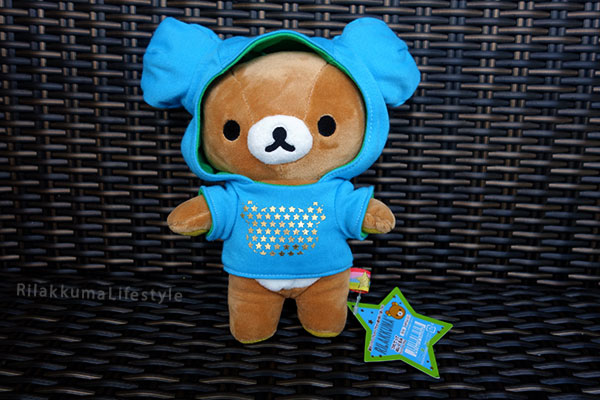 Flip the hoodie inside-out, and be blue instead! 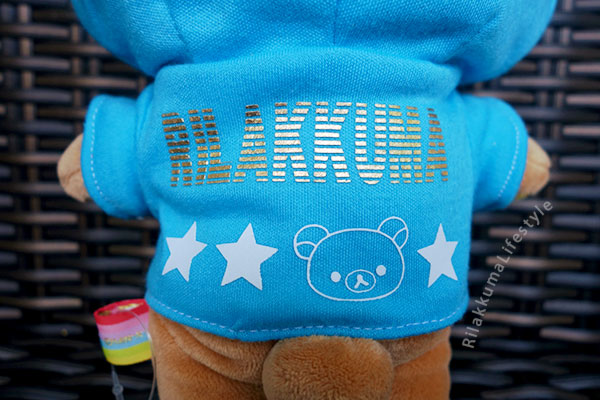 Looking fly from the back, too! 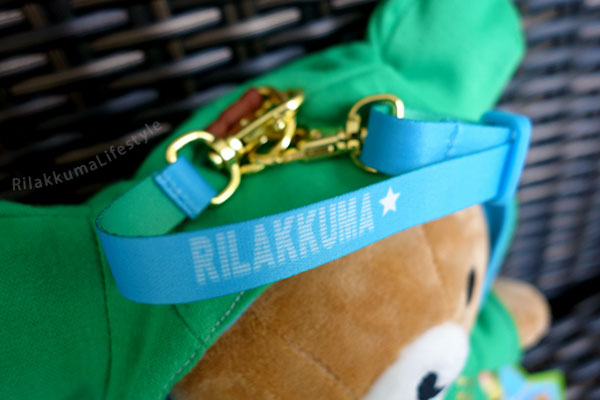 One interesting feature is that this Rilakkuma plushie has a lanyard attached by two lobster clasps to the top of his head (directly on the bear, not the hoodie). 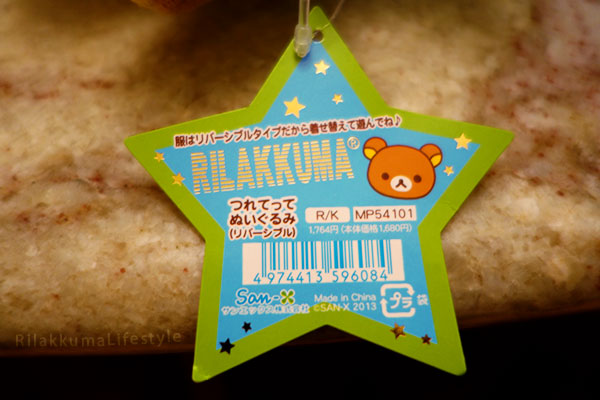 One of my favorite details is the secondary star theme: a bear shape made of gold stars on the front, as well as stars on the back, tag, and lanyard.

In addition to being quite versatile, the hoodie is really well designed too, allowing lots of space for his ears to get in and out. The only major obstacle in changing colors is minding the paper tag.

This two-tone bear was released in May 2013 as part of the Which Color Do You Like? Series, which featured lots of cool and special edition colors in addition to this blue/green combo.

Though this bear was acquired last year when I was in Japan, I somehow neglected to write about this since he’s technically my brother’s Rilakkuma. 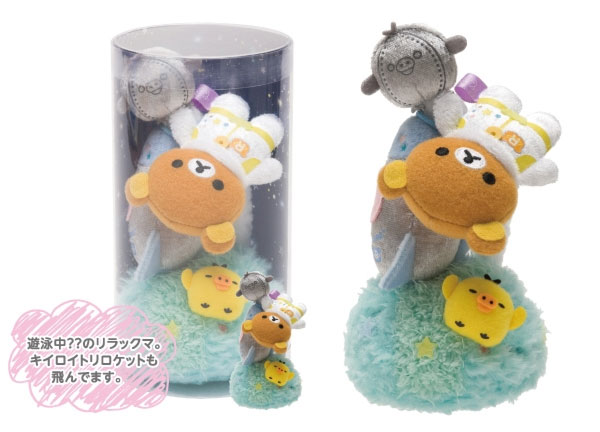 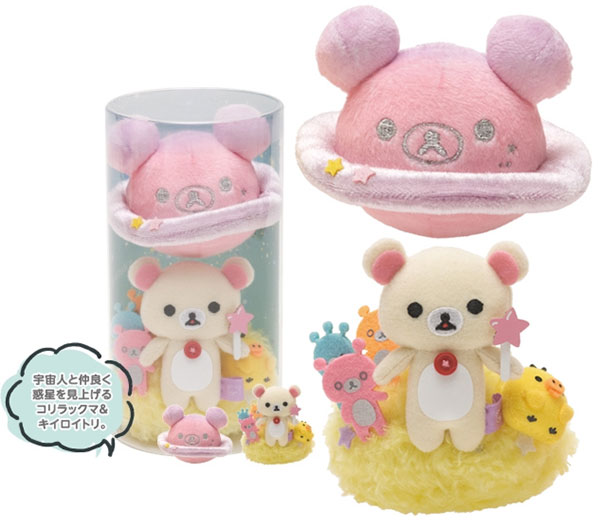 Cute Kumartians with Korilakkuma under a pink bear planet!

Hey, pretty cool! Looks like Kiiroitori gets featured twice, that’s a good deal for him! The little poofs they’re sitting on are a nice touch.

They are each 1,944円, and these suave Rilakkuma and Korilakkuma sets are available from HMV online, or through the Loppi system. You can make your pre-order now, but these plushies won’t actually be released until… November 19? Dang, it’s just like the time Ariel (Rilakkuma Desu) waited all that time for her Lawson Rilakkuma Wonderland playset last year, guess they’re doing the same thing again this year.

But in any case, they look really great, and could be worth the wait if you’d like this special set in your collection! I’m passing since I already way overspent on Rilakkuma this month, but let me know if you need help ordering.

In other news, while you’re waiting for your Space Rilakkumas to arrive, check out these photos of the Rilakkuma x Tower Records Café in Shibuya! 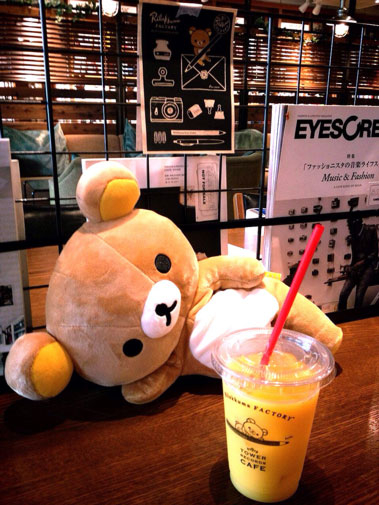 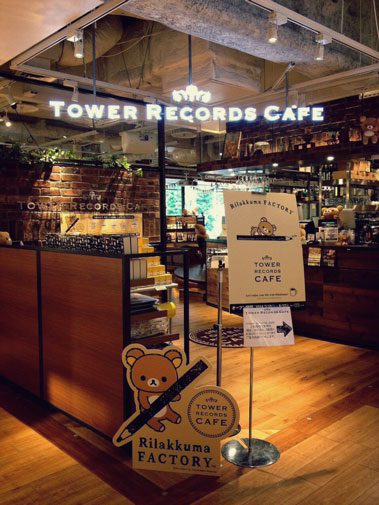 What a cute welcome display! 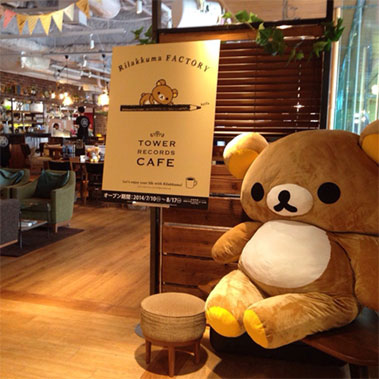 “May I take your order?” 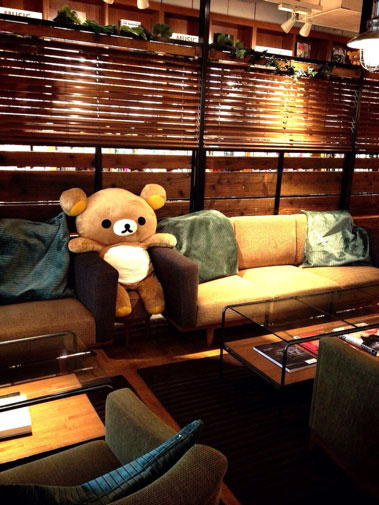 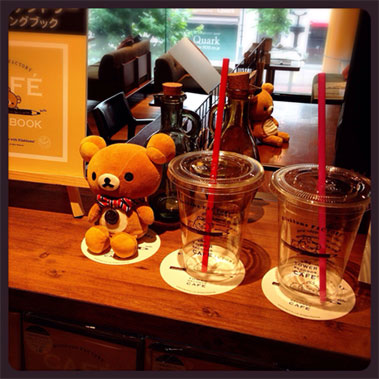 The Rilakkuma Factory plushie working hard as a paperweight… or is he pretending to be a cup, too? 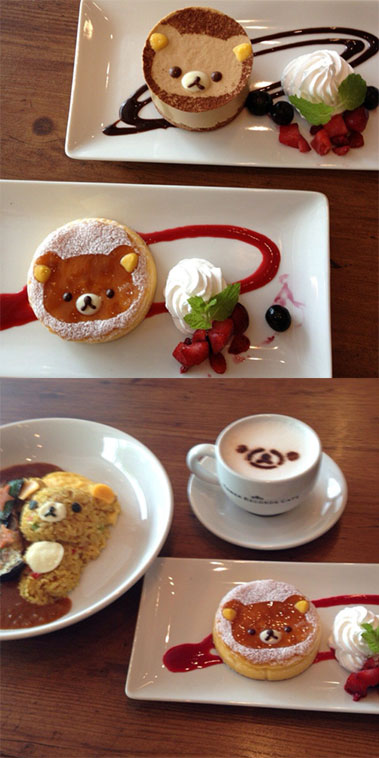 We’ve seen a sneak peek of the rice Rilakkuma before, but ooh check out the desserts!! 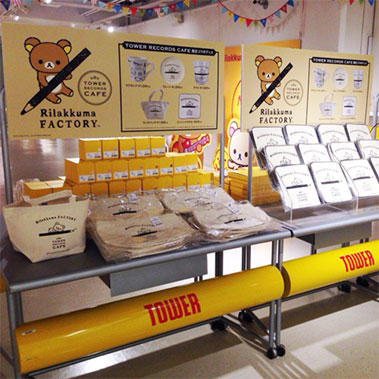 Whoa, so awesome!! As you may recall, this café is part of this summer’s Tower Records x Rilakkuma collaboration, and features a cute nod to the Rilakkuma Factory Series.

Definitely love this concept! I hope to visit Japan one day in the future when one of these is going on! Dang, I would even want to keep the plastic cup from this collab hahaha.

Also, if you’re curious, I’ve updated the Licensed Rilakkuma Plushie Collection page (so far: Fansclub, HNA, Mister Donut)- which made me realize I still have a ton more to photograph! So the page my reflects all the licensed plushies I’ve featured on my blog so far, but know that there is more to come!