Hello everyone, and sorry for the long delay since my last post! I’ve been working hard on my neurology clerkship, and got to see all kinds of cool things like angiograms, EEGs, and lumbar punctures. Lots of hard work, but I just took my neurology final yesterday, and next week, I will be starting with my psychiatry clerkship – wow, my third year of medical school is already flying by!

Since we’re gearing up for summer, Rilakkuma fans have a lot to look forward to, as generally Rilakkuma releases come in big waves this season! Here are a few releases I’m looking forward to!

This is the big summer series this year! San-X usually saves the animal themes for the major fall release, but I really love this design! Pandas are so adorable, aren’t they? And I really love the idea of bears dressing up as other bears haha.

In addition to plushies, there’s lots of other cute products in the series, like this super adorable tissue box cover – wow!

I’m definitely getting a plushie from this series, but not sure which one yet! I’m leaning toward the caravan design right now, because I love the panda dango! 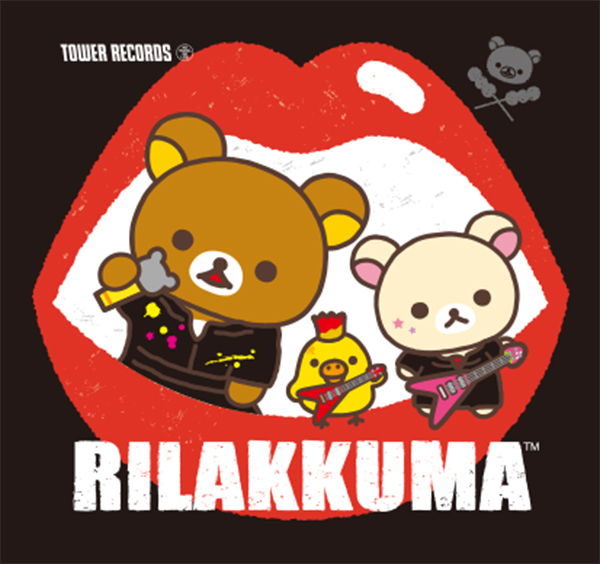 Look at these rockstars! I always love a Rilakkuma in a jumpsuit hehehe. Only attainable by lottery after buying another product.

Glad to see that the Riakkuma x Tower Records Cafe is continuing this year too!

I look forward to this collaboration every year – I love seeing Rilakkuma and friends as rockstars! They look super cool this year with their sunglasses hehehe. I hope they release a playset like last year, too! Seems a little more complicated to get the standard sized collectible plushies this year though, since you have to buy something, then hope you get the plush though a lottery (thanks for the info, sundusts!).

I’m also really happy to see the continuation of the Rilakkuma partnership with Tower Records Cafe, too! There were some pretty amazing photos from last year’s event (check out angelacarpediem’s!), and I hope I get the opportunity to go in the future! I wonder what Rilakkuma-themed meal they’ll be serving this year! Rock on!

Adorable playset released on the same day at all Rilakkuma Stores! 3,580円.

In this series, Rilakkuma and Korilakkuma hold a golden (Kiiroitori) orca whale, a symbol of Nagoya. A very cute and meaningful design, and I love that these bears are sitting down (that Kiiroitori whale must be heavy)!

On the same day of the Kamiotai opening, Rilakkuma Stores across Japan will also be selling a special Rilakkuma playset! Can anyone shed any light on what they’re snacking on? Kinda looks like something dipped in honey.

Hahaha all of these new store openings are gonna make it hard for me to see all of them! When I went to Japan in 2013, I got to visit 4 out of 8, but now there are 11, and probably more to come! So cool to see more and more Rilakkuma Stores crop up!!

Popcorn Rilakkuma ready for the movies! 1,580円 each.

In addition to a new Rilakkuma Store opening, the Harajuku Rilakkuma is celebrating it’s 3rd anniversary with a popcorn theme during Independence Day here in the US! Rilakkuma seems like the only one who avoided being actually inside a popcorn bucket himself haha. I like that they’ve been going with food themes for recent anniversary plushes :D

Any Rilakkuma designs catching your eye? I’ve been eying the Mister Donut beach towel promotion recently, and might pick up the blue design since there are a ton of affordable ones on auction right now!