Dreaming of snow and winter as summer gets closer?

Cool down by hanging out with one of my newest additions: Bobsled Rilakkuma Plush from the Sapporo 5th Anniversary Series! 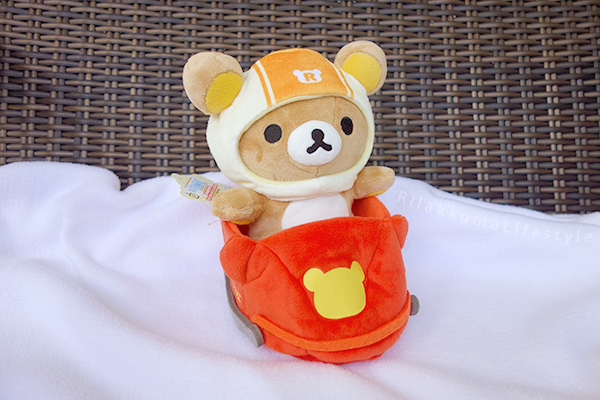 Protective helmet to keep him safe and warm, with bear emblem in the front and center. 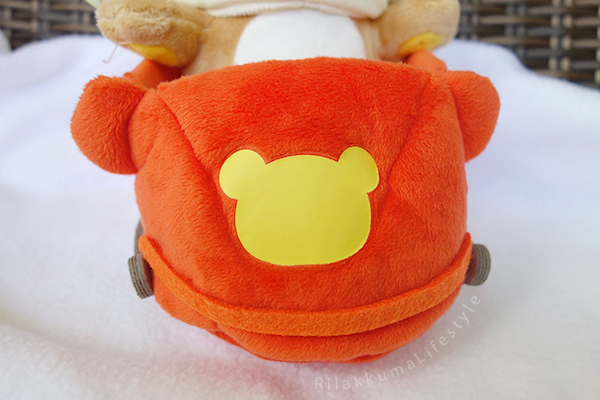 The bobsled itself has a bear profile, with subtle red “ears” attached to the sides, with a large yellow bear design in the front. 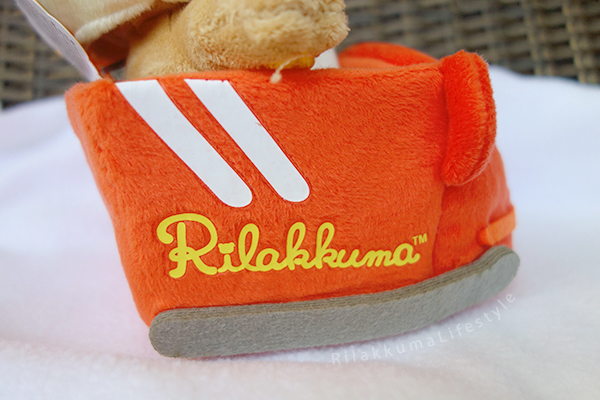 Profile shows two white racing stripes and a sporty yellow Rilakkuma title. I love the little bear for the dot on the “i”! 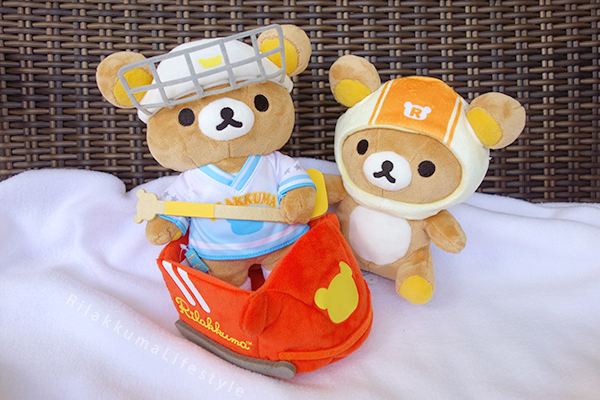 This Rilakkuma is completely removable from his bobsled (no strings attached!) so other bears can have some winter fun, too!

I think the tag art is uniquely beautiful, with a pretty snowflake design with little bears at the spikes. Nice peek of the fabric tag with gold foil embroidery describing the anniversary location and year, a motif of all anniversary designs from this cycle (compare to the satin ribbons from last cycle).

This is the first Rilakkuma plush to ring in the current cycle of sports-themed anniversary bears! Last cycle was the Rilakkuma World Tour, featuring Rilakkuma and friends traveling across the world. This cycle, the designs all represent important sports in Japan! Also, I’m glad they brought back the full-sized bears for this cycle—just as I was starting to get used to the mini-bears from the past two haha.

This Rilakkuma design is especially meaningful because the country of Japan made their official bobsled/bobsleigh debut at the 1972 Winter Olympics, with the bobsled event being held in Sapporo! Furthermore, according to the announcement for this anniversary event on the Rilakkuma blog, this design is supposed to represent all winter sports, including bobsledding, skiing, and snowboarding. I love how thoughtful these Rilakkuma designs at representing significant slices of Japanese culture and history!

Big thanks to my Aunt Lulu for chaperoning him all the way here from the Philippines! We are so grateful for his immigration!

So happy that Bear Country is branching out to athletics! I’m also excited to have even more sports bears from this cycle to share with you!

In more relatable Rilakkuma news, this new design featuring sleeping Rilakkuma saying “Please don’t wake me up, I want to sleep more…” will be popping up in June! 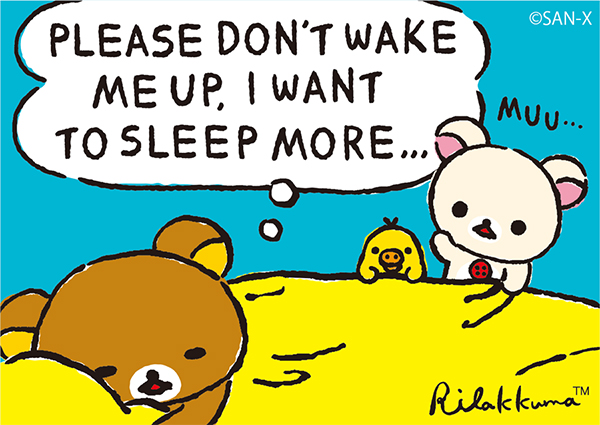 Haven’t we all been there?

This line will be released in Rilakkuma Stores across Japan on June 3, and includes bags, passcases, pouches, and even a commemorative fork!

Such a big difference in attitude compared the sporty bears from the Anniversary line, huh? I think even Rilakkuma athletes want to sleep in some days.

What kind of sports do you want to see Rilakkuma play? Or are you more of a ~sleeping in~ Rilakkuma type?