Hey, though this series leaked a few months ago, the official page for the Happy Natural Time Series is up!

You can check out the official photos for all the new products in the line-up, from plushies to towels and correction tape! 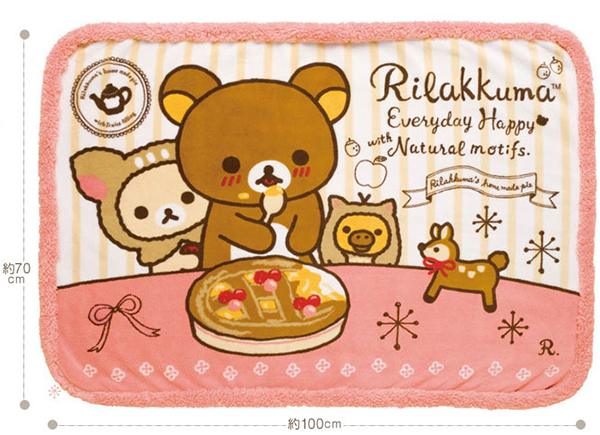 Pretty cool! Also remember that the pre-orders for the Lawson playset for this series are going on now until the end of October or when the pre-order fills up!

I really do love the pie theme, but I think I’ll wait for the Caravan/Store Exclusives to see if I’ll pick anything up – preferably one of Rilakkuma holding a pie?

In related news, I think my Rilakkuma plushie purchasing may be slowing down a bit since I’m a med student now (and have no significant income) PLUS I just won my ultimate Rilakkuma dream piece haha, but who knows – I always say I’ll slow down but San-X keeps releasing cute plushies one after the other haha.

In other news, my first exam of medical school went pretty well! Because it was our first exam, our instructors tried to make it easier on us by only having 30 questions… but I actually think that ended up making it harder because with so few questions, there really isn’t much room for error.

But anyway, I brought along my Rilakkuma (he stayed in my bag though) and Simon brought My Only Rilakkuma to the exam as good luck charms! Grades haven’t been posted yet, but I think they worked!