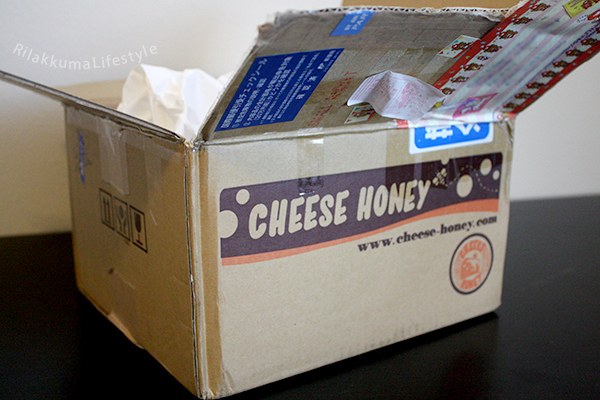 Is it cheese? Is it honey?

Who could be inside this Cheese Honey box?

This is a plushie I’ve wanted since I first started learning about Rilakkuma a year ago! 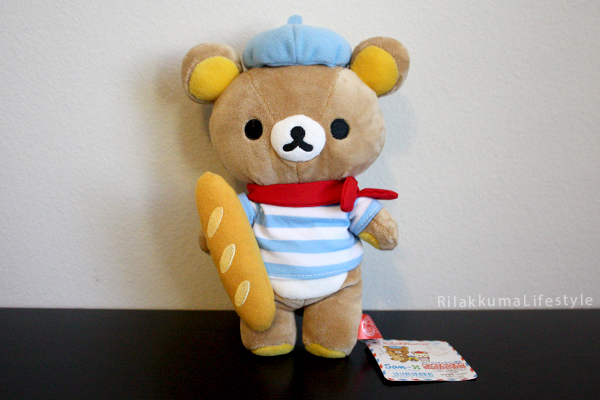 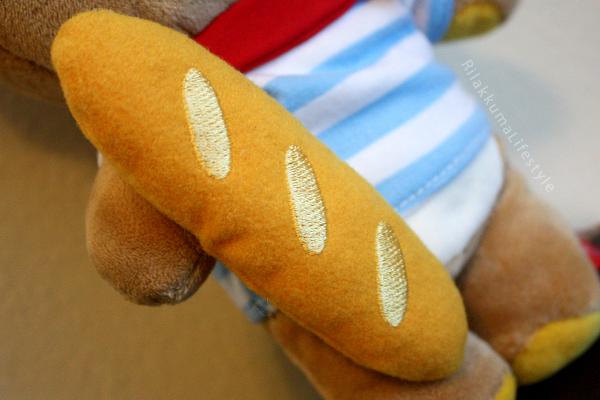 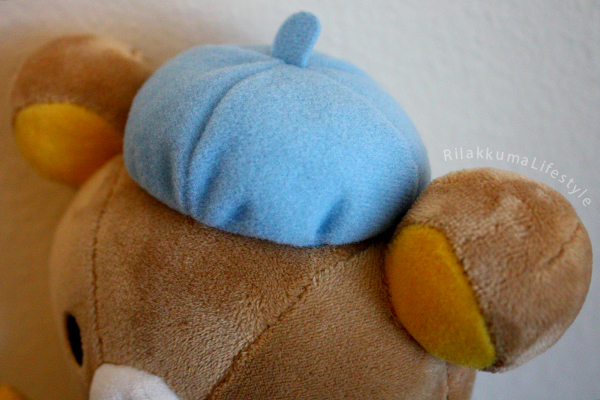 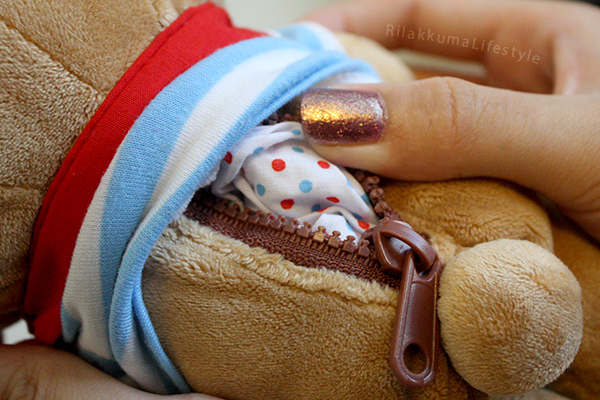 And his pocket lining has both blue and red polka dots, compared to the usual light blue only spots! 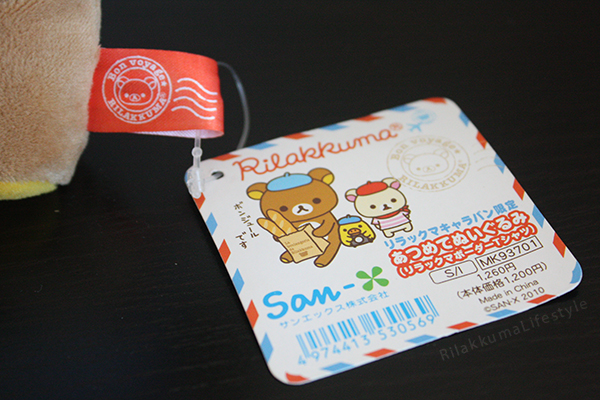 This plushie was released as a part of the French-themed Bonjour Series in March 2010. Appropriately, this Rilakkuma’s color scheme matches the French flag: red, white, and blue!

He is a Caravan plushie, which means that he was part of a special additional release during the Bonjour Series time. The Rilakkuma Caravan is a seasonal affair where San-X holds special Rilakkuma events at stores and locations all over Japan – not just the 8 Rilakkuma Stores! They bring out the big Rilakkuma/Korilakkuma/Kiiroitori suits, and there’s a chance to take photos. Most important (for me) is that they also sell these special plushies that are design variants of the major series of the moment. Right now, the caravan is Rilakkuma Wonderland themed!

This Bonjour plushie is my third caravan plushie (my others are the Aloha Caravan and the Egg Caravan).

Yay, I’m so excited to have won this! Liemzie (Tea Two Sugars Please) has the most incredible luck in the world and found not one, but TWO of these super rare bears (WOW) and put this one up on auction.

To celebrate this plushie, and maybe help him feel less homesick for France (hahaha), we baked some croissants!

Well so actually, croissants are thought to have originated in Austria, but they been of a staple of French bakeries for centuries! So welcome home, Bonjour Rilakkuma! 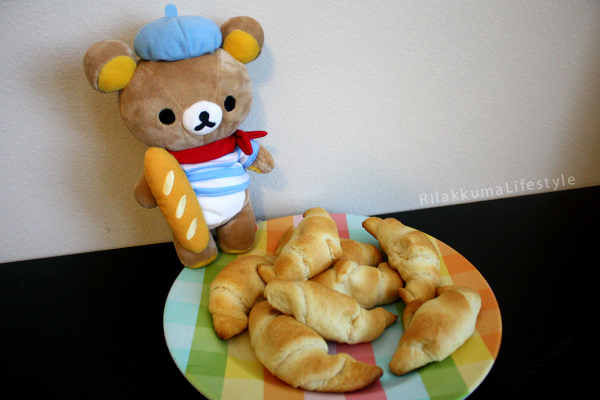 Speaking of croissants, this is one of my favorite Disney shorts – it’s croissant themed!

In addition, I was also pleasantly surprised to find some extra Rilakkuma goodies in the box: 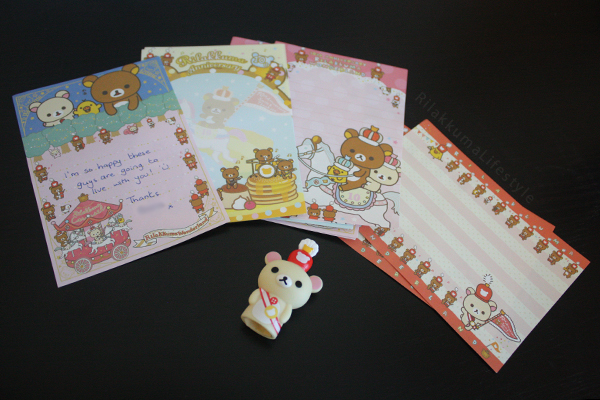 Ahhh so awesome! Thanks so much, Liemzie!

Also hahaha, if you look closely at the stationary design second from the left, there’s a Rilakkuma riding a horse in the background that looks just like the Rilakkuma Wonderland Store exclusive… except he has teeth like the Wonderland Caravan plushie! I wonder if Rilakkuma’s teeth are going to be more and more visible now?

Whew! Opening my mailbox and finding Rilakkuma stuff always makes my week! :) :) :) Which is just in time because I have my first medical school exam tomorrow! Maybe I’ll bring a Rilakkuma along for good luck hahaha.

My newest Rilakkuma plushie arrived in the mail! 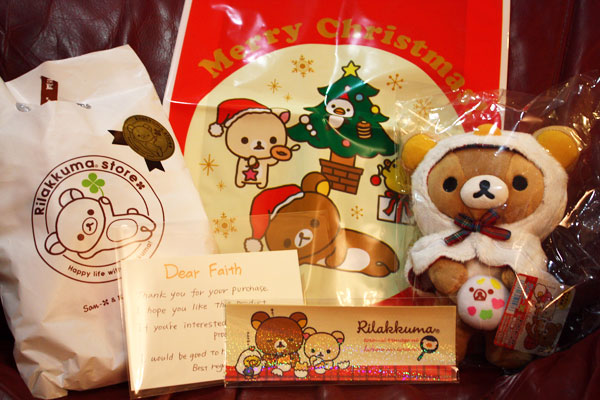 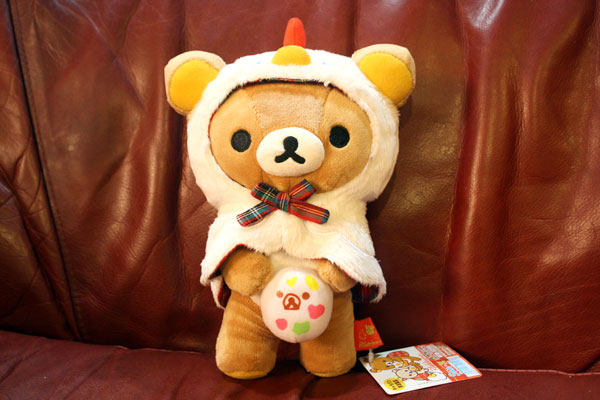 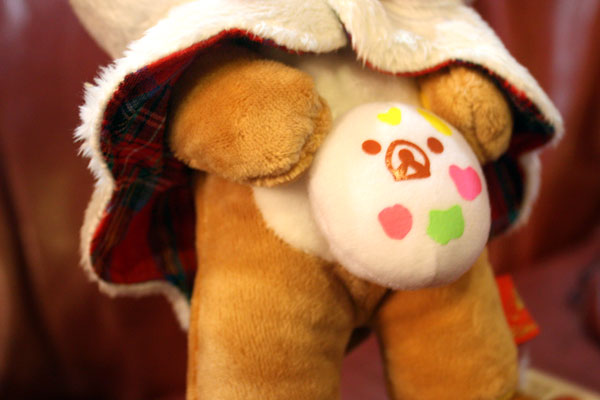 Cute plaid lining detail on the poncho. Ponchos are my favorite clothing item for Rilakkuma plushies! 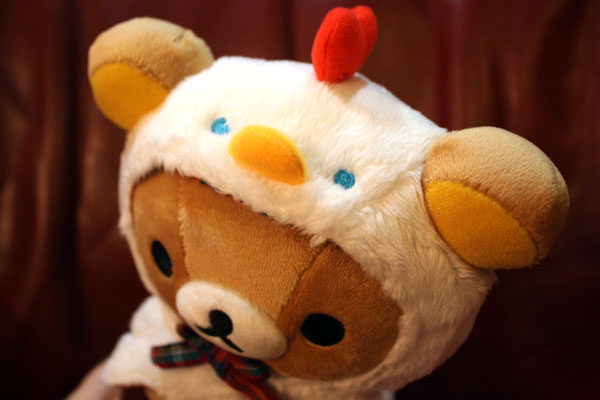 Close-up – I like how his little ears poke out!

He’s from the current Rilakkuma Chicken/Egg Series, which was first released this past October. However, this plushie in particular is part of the Autumn 2012 Caravan. The seasonal caravan is a series of special events held by San-X: they bring out the (larger than) life-sized characters in themed outfits and have special products like this plushie that aren’t regularly available in stores. To compare, the version sold in stores wears a full (removable) chicken suit instead of a poncho: 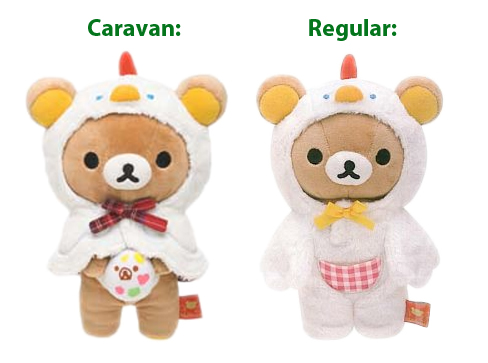 I purchased one of the full chicken suit Rilakkuma plushies a while back, and will be giving him to my sister as a Thanksgiving gift since she’s been asking for months – he’ll have his own post, too!