Whew – I feel like I’ve been gone forever! So much Rilakkuma news has happened while I’ve been away!

But I was so excited to come home to a special Rilakkuma gift from the lovely Ariel at Rilakkuma Desu: the first Rilakkumagazine!! 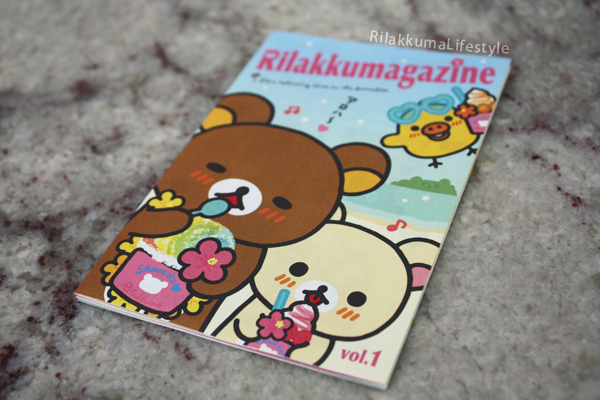 The magazine folds out to reveal a ton of content! One side has a brief overview of Rilakkuma history, and the other side has details about the Aloha Rilakkuma series, along with some other Rilakkuma news (like the Baseball release).

The back panel is my favorite! It features a Rilakkuma plushie adventuring around Hawaii – the photos are kind of like Rilakkuma Lifestyle tumblr style!

Such a wonderful way to be welcomed home! I hope they make more Rilakkumagazines in the future!

Also, my sister has officially started her study abroad program in Japan; you can read about all her (largely food-related) adventures on her new blog!

As a thoughtful sister understanding of my Rilakkuma addiction, she was nice enough to get a magnet set from the KFC x Rilakkuma campaign going on:

You can punch out the 4 magnets to make a photo frame!

Yay! Maybe I can snag a box too when I got to Japan next month to visit her :)

In other news, have y’all seen these new mascot towels? 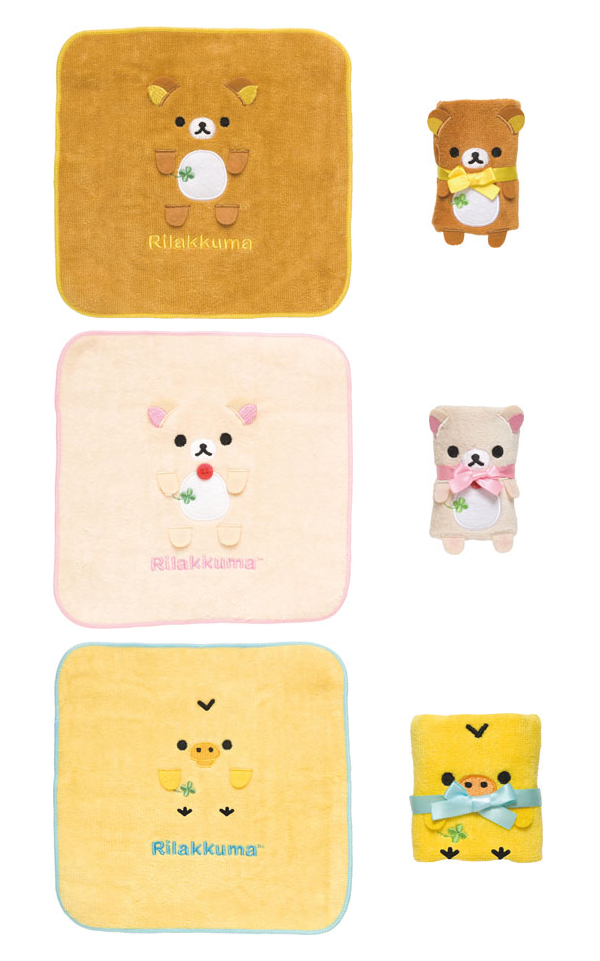 So cute how they can be wrapped to look like towel plushies!

Aww they’re each holding 4 leaf clovers! They’re scheduled to come out on June 8 in Rilakkuma Stores.

PS Remember when I submitted a photo of my Rilakkuma for San-X’s Facebook photo contest?

Well, they announced the winners, and my photo wasn’t chosen T^T It’s a little confusing to me because most of the winners had under 10 votes, and some had no votes at all! I smell something fishy! I definitely saw a lot of other photos with a lot of votes that didn’t get chosen either – what a bummer.

Oh well… Thanks everyone who voted for me – I really appreciate everyone’s support, and I’m so incredibly happy to know there are so many great Rilakkuma lovers around :) Y’all are the best!