Hey, look what my sister picked up in Japan: it’s a Rilakkuma x Lawson keychain! 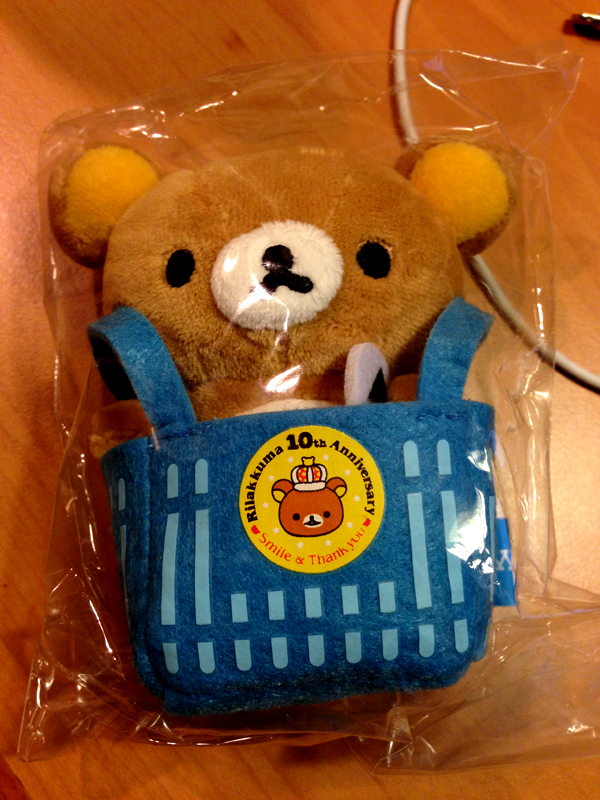 This guy is part of a mini-set that came out back in April – with Rilakkuma and friends hanging out in special Rilakkuma 10th anniversary Lawson shopping baskets! Cute!

Still waiting for the Rilakkuma x Lawson Aloha Rilakkuma plushie, which is supposed to be released in late June – I feel like I pre-ordered it AGES ago!

Also, as I mentioned before, my sister is in Japan right now, and she’s spied some more Rilakkuma at Lawson!

Lawson has an ongoing campaign featuring the Aloha Rilakkuma series where you collect stickers for prizes: Liemzie (Tea Two Sugars Please) and Ariel (Rilakkuma Desu) have posted about this campaign already – and thank goodness for those posts because otherwise we would have no idea what was going on with these stickers haha. 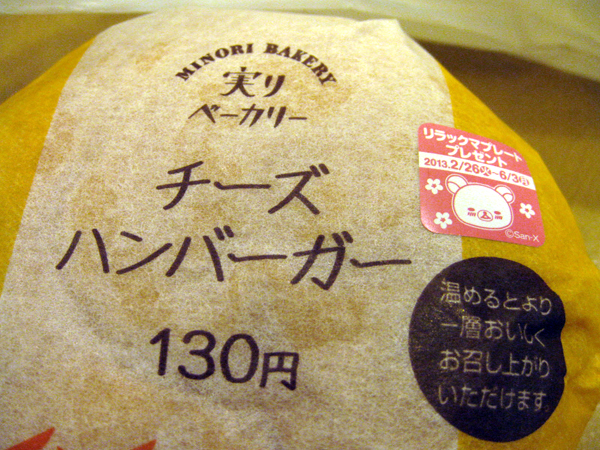 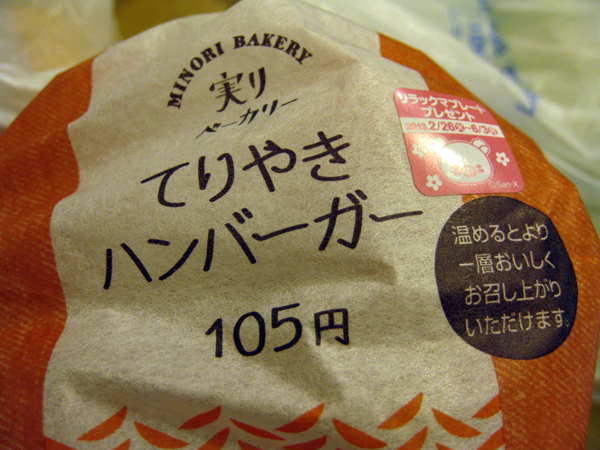 One of my sister’s favorites: Teriyaki Hamburger

Just so you can be reminded of Rilakkuma all the time, even when you eat!

My sister’s running her own blog on her experience, so I’ll try not to steal too much of her thunder, just wanted to share some of her awesome Rilakkuma-centric photos!

I think my sister is aiming for the bag (20 stickers), but we’ll see how much she can collect before the campaign ends in June – what a great customer loyalty campaign haha.