Hope you’ve been having a wonderful summer! Say hello to these two Hankyu Rilakkumas! 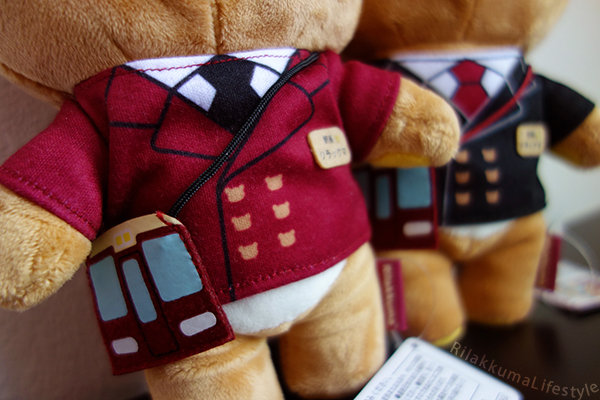 Cross-body bags for each! 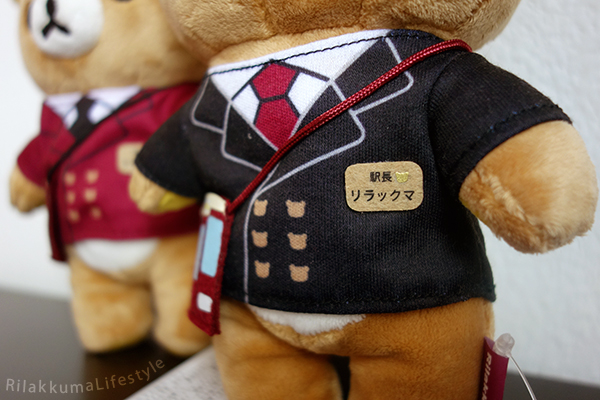 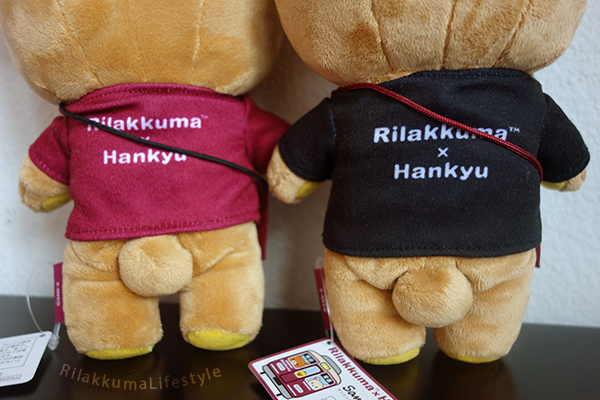 The back of their outfits say “Rilakkuma x Hankyu”, and you can notice that the straps of their bags are different colors, too! 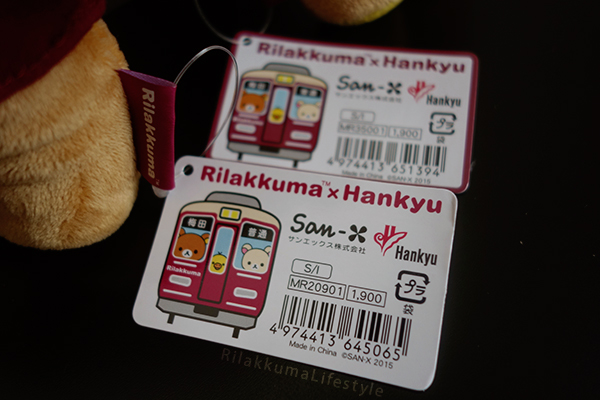 Tag art: features the front of the Hankyu line with Rilakkuma and friends, and the July stationmaster’s tag has an additional maroon border.

I love the color scheme of this line, and these bears hold a special place in my heart because I rode the Hankyu line with my family in 2013, and actually visited the Umeda Rilakkuma store while I was there! I’m so fortunate to now have these two Hankyu Rilakkuma stationmasters!

These two train kuma-ductors were released as part of the Hankyu x Rilakkuma (阪急電車× リラックマ) collaboration this year, with different colors for the April release (maroon) and the July release (black).

I really really love the transportation Rilakkumas, and I think they represent my most complete Rilakkuma collection. Hayabusa and Komachi Rilakkuma train plushes are already on their way over from Japan, and should be joining this collection next week!

And of course, since summer is beginning to wind down, San-X is pummeling us with new releases to make our bank accounts weep. Check out what’s new!

All bundled up! Is Kobear supposed to be a yeti, arctic wolf, or what? 1580円 each.

This year’s anniversary theme for Sapporo is North Pole, which is very fitting because Sapporo certainly has a reputation for being one of the coldest locations in Japan! These chilly Rilakkuma plushes will be released as part of the Sapporo Rilakkuma Store’s anniversary event on September 5!

Next up is the Umeda Rilakkuma Store’s 7th Anniversary! 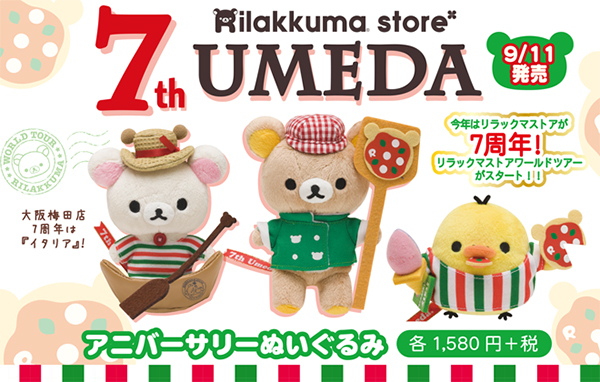 Korilakkuma is cruising on a gondola with a lovely hat that has its own ears haha, Rilakkuma’s making pizza, and Kiiroitori is indulging in pizza and gelato at the same time! 1580円 each.

This talented Rilakkuma pizza maker will be showing off his mozzarella basil pizza during the Umeda anniversary event – yum!

As the first Rilakkuma Store, the Umeda Rilakkuma holds a special place in Rilakkuma history. This year, the theme for their anniversary is Italy, and Rilakkuma and pals are celebrating by making some pizza! I’m not sure if Umeda has a connection to pizza that made them choose this theme, so if anyone know, I would love to hear!

I think this design is super cute, and as a lifelong pizza fan, I will most likely be getting the Rilakkuma from this series. Umeda’s 7th anniversary event will be held on the September 11. 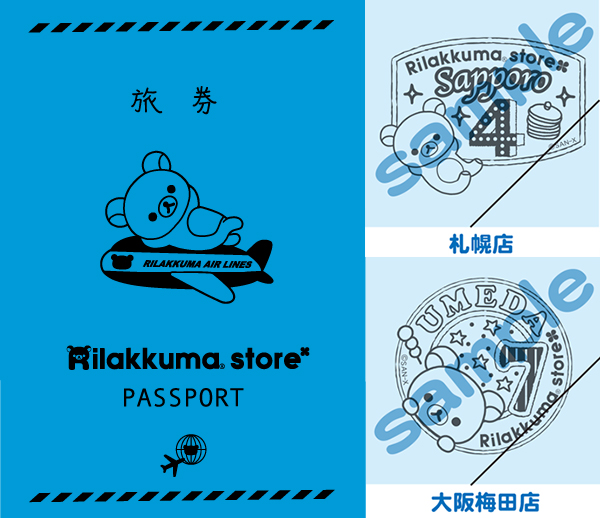 Starting September 5, you can get a Rilakkuma passport if you make a purchase over 2000 yen, and then collect stamps at the 11 Rilakkuma Stores you visit during their anniversaries. As you got a peek of in the Sapporo (North Pole) and Umeda (Italy) anniversary designs, each anniversary design represents a different part of the world, so you can feel like you’re touring the world while you go from Rilakkuma Store to Rilakkuma Store – wow! What a wonderfully creative idea, and totally something I would love to do if I were in Japan!

As a sneak peek of what’s to come, the San-X Net Shop Facebook page shared a photo of this year’s Christmas 2015 Net Shop Exclusive playset!

I always look forward to their playset designs every year, and it’s great to see a yummy Christmas dinner being shared by Team Rilakkuma! Pre-orders coming soon!

In other news, I’m currently doing my internal medicine inpatient rotation for medical school, and it’s really a blast! Long hours, but I’m really enjoying everything I do, I just wish I knew more haha, but I suppose that will come with time since I am just a student now! Magical Dining Month here in Orlando has just begun, so I’m really looking forward to sharing some wonderful meals with friends this month!

That’s all for now! What do you have your eye on, Rilakkuma or otherwise?